I thought about ending this blog right there, but I still have lots to say. So let’s get to it…

Oakland Coliseum is generally considered to be the second worst ballpark in the league, ahead of only Tropicana Field in Tampa. Is it that bad? I’m not sure. I mean, yes, every other park I visited was either WAY better in terms of amenities and atmosphere, or else it was Wrigley Field. They were also all about 30-40 years newer. But still, the Coliseum experience was not unpleasant in any way. The stadium workers were all pleasant, the fans were into it (although there aren’t many of them), and there’s a certain charm to a park that’s a dump but will never qualify for the Fenway/Wrigley/Tiger Stadium elite dump status.

I mean, let’s face it, Wrigley and Fenway are in some ways dumpier than the Coliseum. But those places are cool and historic and magical. This stadium is just outdated. Honestly, maybe I’m just being contrary here, but the dumpiness of the Coliseum adds coolness points in my book.

It helped that this was an absolutely picture-perfect Sunday afternoon. It helped that my family joined me for the game. It helped that the home team (8-2 overall in my 10 games) pulled out a late-game win. It helped that we were able to meet A’s closer Blake Treinen (a remarkably good guy) before the game and then he went on to earn the victory. It helped that Matt Chapman’s 8th inning home run broke a 2-2 tie and allowed for one of my favorite events in baseball: that’s when the home team takes the lead in the bottom of the 8th so they suddenly just need three outs to close out a victory in the top of the 9th.

All of those ingredients helped make this a feel-good game for sure, but the stadium still has some charming aspects, even in the event of a terrible game.

As far as I can tell, the Coliseum is the only major league stadium that doesn’t have statues of its Hall-of-Famers (one usher I asked said I should write management a letter about this). But it does have an exceptionally cool walk-of-fame display with huge photos of the glory days; you have to check it out if you are ever in the Bay Area and for some reason decide to not go to a Giants game. There’s very little in baseball history cooler or more interesting than the mid-70s Athletics teams, with Reggie and Rollie and Catfish and Vida Blue and the rest of the gang. It might be the era of baseball I would have most wanted most to see live. After the game, my family waited patiently on a picnic table while I slowly made my way up the ramp, smiling at all of the photos.

And the food selection is perhaps the most eclectic of any park: empanadas, shawarma, even fried chili lime crickets, which my son Jude was eager to try. He enjoyed them, and I’m not surprised. 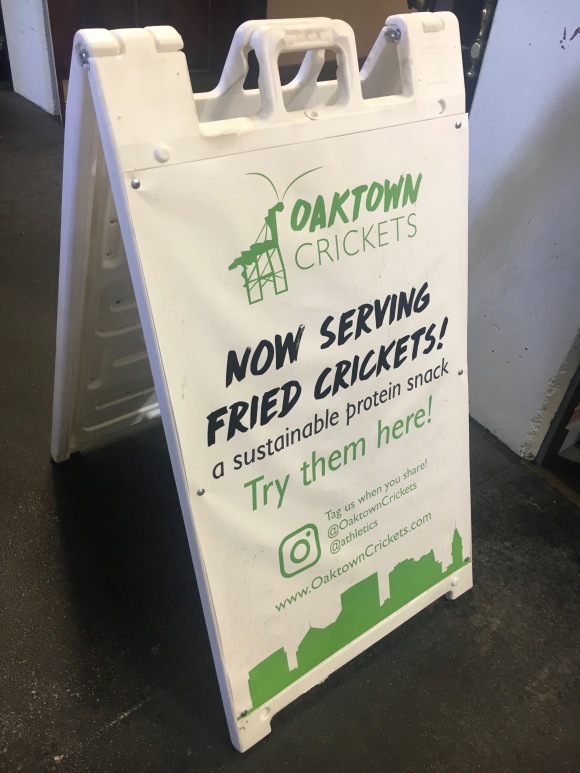 We also got to run the bases after the game, which was a nice touch. And it wasn’t just the tiny children who got this chance; plenty of adults were taking the trip as well. It appeared as if some of them didn’t actually have kids with them, which is a little strange but whatever. Dylan really wanted to go faster but I pointed out that we probably shouldn’t be passing people. 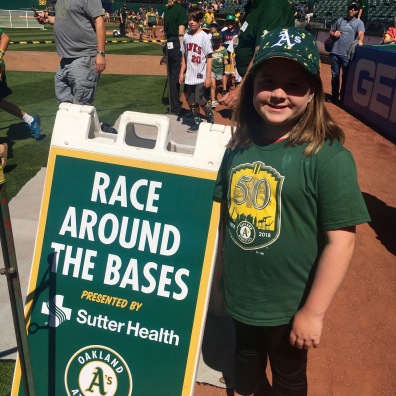 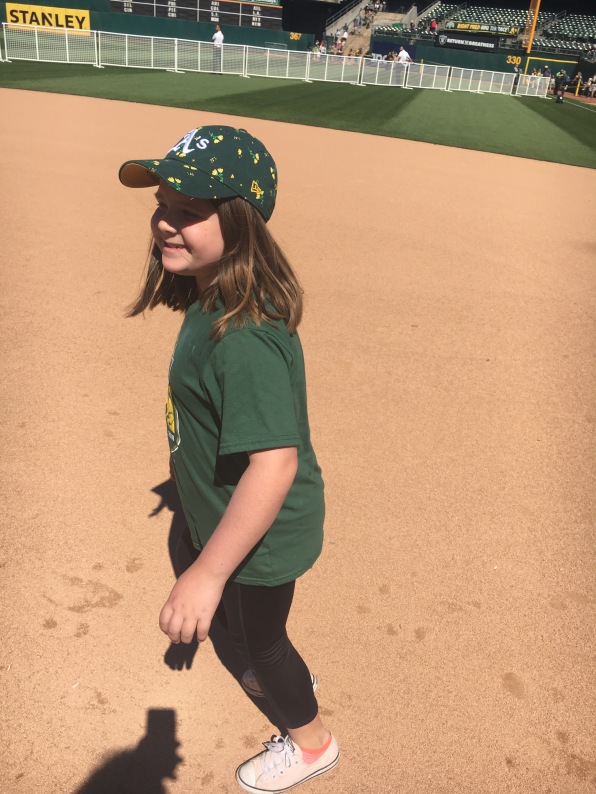 And what made the Coliseum experience even better was that there were some spectacular fans at the game too. Especially these guys… 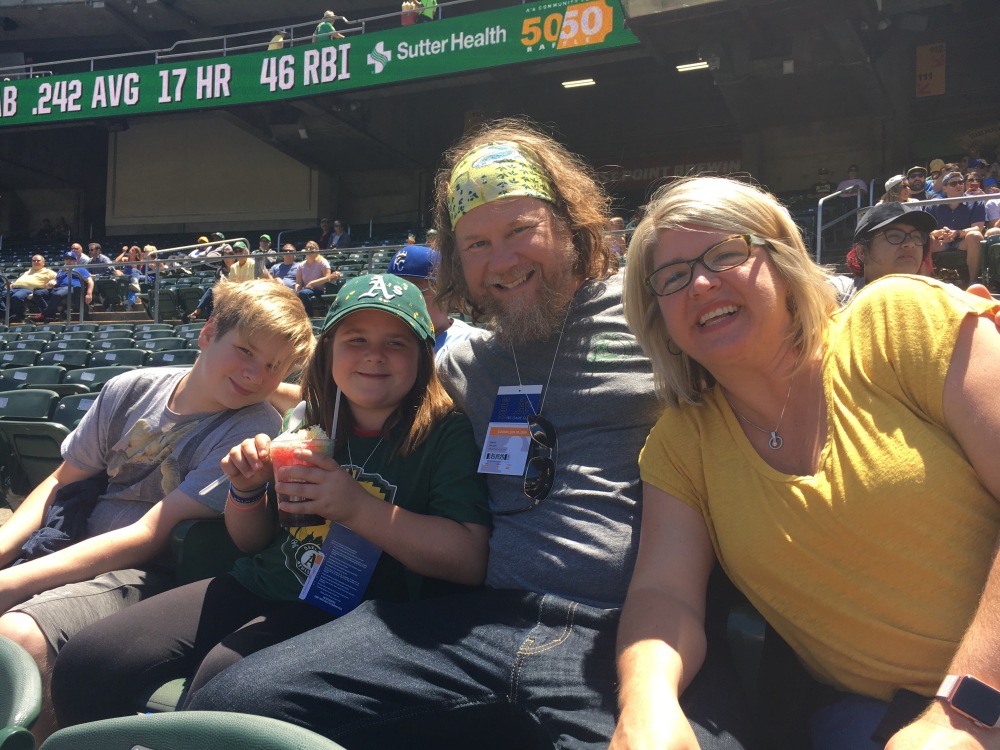 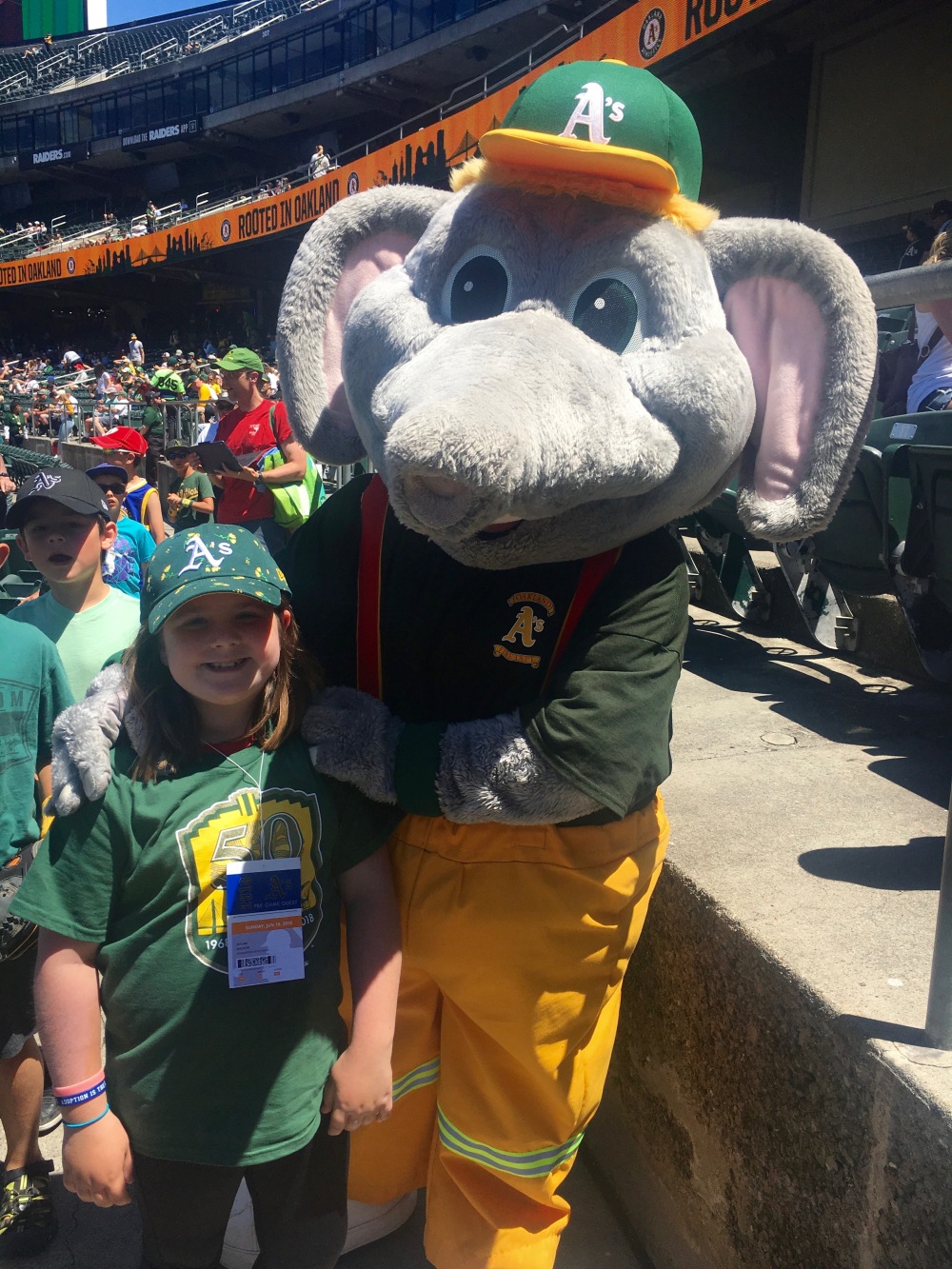 And, finally, this guy…

I want to put together some final thoughts soon, but I think I’ll save that for another blog entry. Thanks for reading!

NEXT GAME: Technically, this is the last game of #TenStadiumsTenDays. But the kids and I have tickets for Sunday’s @LA Dodgers vs. San Francisco Giants game. #ElevenStadiumsSeventeenDays is the new hashtag.

MILES TRAVELED TO GET HERE: 2153 (longest flight by far)

MILES TRAVELED TO THIS POINT: 9572 (probably could have found a way to fudge that to be more than 10,000, but oh well. Sounds more realistic this way)