Few characters in baseball history are surrounded by the mystique afforded Billy Martin. A solid, scrappy player in his own right, Martin is best known as the argumentative, fist-fightin, umpire-arguing manager of the Yankees. He managed four other teams during his career (the Tigers, A’s, Rangers and Twins). He won five World Series titles as a second basemen for the Yanks in the 50s. He was one of the few people who could break through Joe DiMaggio’s professional aloofness, and he delighted in showing a 19-year-old Mickey Mantle the late-night ropes. He was roommates during their MVP seasons with Phil Rizzuto, Yogi Berra and Mantle. He was part of a ridiculous quantity of baseball history over his 40 years in the game.

And, oh yeah, he grew up in West Berkeley, CA, three blocks from Kenney Field where he first began figuring out the complexities of the game.

I’ve been reading Bill Pennington’s excellent 2015 biography, “Billy Martin: Baseball’s Flawed Genius” and mapping out Billy’s childhood exploits in Berkeley, which is about 45 minutes north of where I live in Menlo Park. As soon as James Kenney Park was mentioned, I had made up my mind to check it out. On a Friday morning off from teaching, with the rest of the family still in school, I took a drive.

The field still exists, though it’s configured differently, and the neighborhood looks much the same as it probably did in the 30s and 40s when Martin ruled it as a talkative, splashy-but-dirt-poor kid. Martin’s house, built in 1876, still stands and, in fact, his brother-in-law lives there today. The city of Berkeley maintains an ‘E-Plaque‘ online with information about the home (although I’m pretty sure their address is wrong).

I mostly wanted to walk the route that Billy walked, probably just about every day of his childhood, from the house on 7th Street to the ball field about three blocks away.  It was one of those days where it starts pouring and stops about every five minutes and I didn’t remember to bring an umbrella, but there were enough dry moments that I could wander pretty much at will.

The field is currently closed for the weather, and rather permanent-looking fencing surrounds the area between the street and the dugouts. There is an opening that appears intentional, so I walked out to home plate to survey the infield. There are three pitching rubbers but not much of a mound. The only sports-related remnant I discovered was a deflated Golden State Warriors basketball that was likely tossed over the fence by a kid who didn’t realize he could just walk around the other end to retrieve it.

You’ve probably had a moment before where you were new to a neighborhood, perhaps just moving in and getting your bearings, and all of a sudden it dawned on you that it wasn’t nearly as isolated as you first thought? That was my experience at Kenney Park. Upon first driving up and circling the block, a burned-out home and the disrepair of the field gave me the impression the neighborhood was dying a slow death. But the kindness of the people I met, including even Martin’s brother-in-law, who politely declined my interview request when I knocked on his door, belied a different feel.

And then, of course, I eventually realized that about three blocks in the opposite direction from which I came was bustling Fourth Street, which includes one of those odd new Amazon outlets and several upscale home decor stores, my favorite of which is one called Turkish Towel Collection. It struck me as bizarre that Billy Martin grew up wearing undersized hand-me-down pants in the same neighborhood where you can now pick up a set of 100% Organic Bergama Turkish Cotton hand towels. 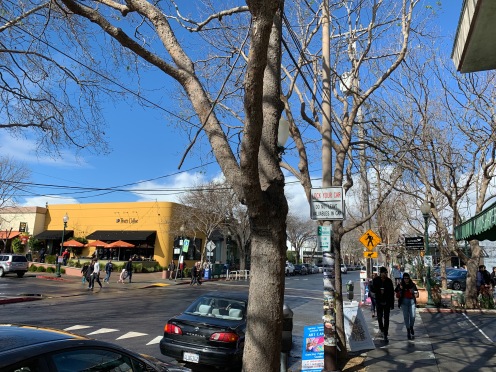 The James Kenney Community Center now stands on the park grounds and its upper floor was bustling with a couple dozen loud four-year-old campers playing games and painting. Several people working there helpfully pointed me toward someone who might know the site’s history, but it seemed that most of them had only worked there a short time.

In fact, I was struck, sort of, by the number of people who had absolutely no idea that Billy Martin once ruled the field and roamed the neighborhood. I only met one person who knew about Martin, 29-year-old camp counselor Louie Reyna who plays adult-league hardball at Raimondi Park in Oakland.

Reyna didn’t exactly downplay the historical significance of Kenney Field, but he did suggest that I should check out Raimondi Park on 18th Street in Oakland. “That’s where the REAL history is,” he explained.

Another counselor at the community center put me in touch with Daniel Robles, who is General Recreation Coordinator for Berkeley City Parks. Robles grew up in Oakland as a huge A’s fan. He clarified that the field was likely not the original one Martin played on.

“It’s been renovated a couple of times, I think in the mid-70s,” Robles told me. “My understanding is that it faced a different way.”

Robles was born in 1983, the year after Billy Martin was fired as manager of the A’s. His three-year stint in Oakland resulted in one division title and the formalizing of the term ‘Billy Ball’ to describe his teams’ aggressive style. Martin also managed AGAINST the A’s when he was leading the Tigers’ teams of the early 70s, before he got fired. Before that he was skipper of the Twins for a year and got fired. Immediately after the Tigers he managed the Rangers for a season before [spoiler alert] getting canned. And of course, he managed the Yankees on 93 separate occasions, getting fired each time. (editor’s note: checking on the exact number). But I always thought he seemed to fit in best with the A’s, maybe because of his roots, maybe because it just seemed like the right place for a scrapper.

Back to Robles, though, who goes to about 10-12 A’s games each season. He didn’t have a ton of info about Kenney Park so we gradually shifted to chatting about the A’s. I asked my usual A’s/Giants question: since I grew up in the vicinity of only one Major League team and never really had to pick, how’d he settle on the A’s?

“When I was a kid, I was introduced to the A’s,” he said. “My grandfather was an A’s fan and it came with the family, it was inherited.”

Growing up in Oakland, I asked, did you have friends who rooted for the Giants?

“Oh yeah, my next door neighbor was a Giants’ fan,” he replied. “We grew up together and were best friends. It was fun times for sure.”

Anyway, Robles was fun to chat with but his knowledge of Martin’s roots was about as limited as mine, which seems to be a bit of a common theme, not just in Berkeley but in the country as a whole. I don’t think most of us have much knowledge of our own neighborhood’s history, and I’m no exception. I mean, who knows who might have first lived in the 1950s house we’re renting now? Do you know the full history of your neighborhood? Do you even care much? It seems a fairly American trait: we bulldoze and tear down just enough to make it really hard to find remnants of past lives, even in the age of nearly limitless internet information.

Most people I met found the history interesting, to be sure, even if they may have been wondering why I was asking. On one leisurely trip down Seventh Street I caught up to Sue and her dog named Mr. Big, who was rather little. We strolled together for a block or two. 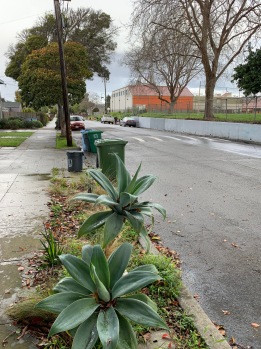 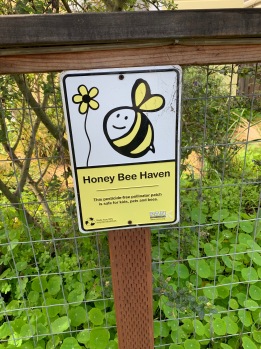 “I’ve lived in the neighborhood for about 20 years now,” Sue said. “We moved from San Francisco when it just became too crowded.” Sue was born in New Jersey and had the same fun Jersey accent my late mother-in-law had. And she was happy to chat with a random person, also much like my mother-in-law would have.

I mentioned that Billy Martin grew up a couple of blocks from where we were standing.

After wandering back and forth from Martin’s home to the ball field a few times, I had a late-breakfast ham-and-cheese omelet at Bette’s Oceanview Diner, which has no view of the ocean but is delicious nonetheless. As I sat at the counter watching the short-order cooks flip potatoes and flapjacks. I thought about Billy, who died at 61 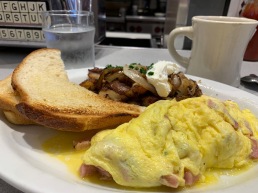 when his car careened into a ditch on Christmas Day, 1989. I remembered hearing the news as a 15-year-old baseball-obsessed kid. He’d be 90 right now, probably about the same age as his brother-in-law who politely answered the door when I knocked.

He lived life on the reckless side and I suppose his death wasn’t a complete shock, but he COULD still be alive, making that same trip back and forth a few times a day to Kenney Field. Not as an 11-year-old wearing his only pair of grass-stained ill-fitting pants, but as one of those older fellows who keep slowly walking the neighborhood, knowing that the slightest pause might mean stopping for good. I can picture him at Kenney, explaining to a young second baseman how to make a double play turn, or maybe pointing out how an infielder shouldn’t reposition early so as to tip off a pitch, or maybe, just maybe, giving an umpire hell for a missed call.

A baseball field, even when it’s full of puddles and vacant from the rain, can make you think like that.